I was pretty surprised when I opened the package and saw just how much was included with Olympia’s RG850 CREE XM-L2 LED flashlight. Olympia took “all inclusive” to the next level by not only providing everything you need to operate the lamp, but by also including accessories and spare parts – and we all know how much I love spare parts! 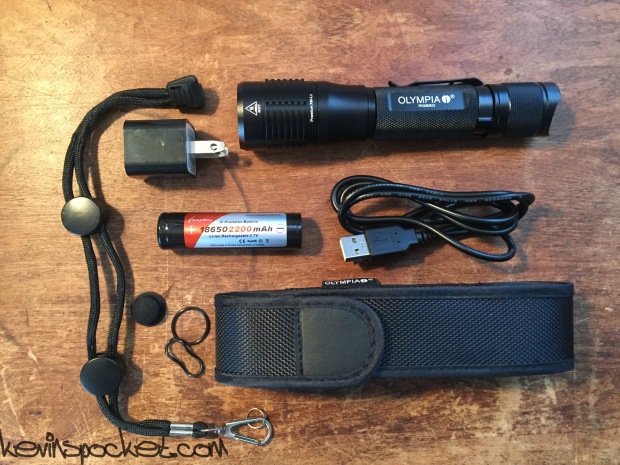 Before I could really get into figuring this lamp out, I needed to charge it. The provided instructions explained how to insert the rechargeable battery and access the charging port extremely well – the unit unscrews into three sections revealing the battery chamber and micro USB port. Note: the 18650 rechargeable battery is a common size; additional batteries can be purchased for about $10 a piece from many retailers.

I love the fact that the flashlight charges via USB, because that means I can juice it up in the Jeep on my way to an adventure – as well as from a portable battery pack or solar panel while in the field – and don’t have to worry about carrying a dozen AAAs with me while backpacking. I innitially thought that the lens section needed to be removed in order to plug it in (as seen below), but later discovered that the USB port is accessible without completely separating the pieces (reducing the possibility of losing part of it while charging). 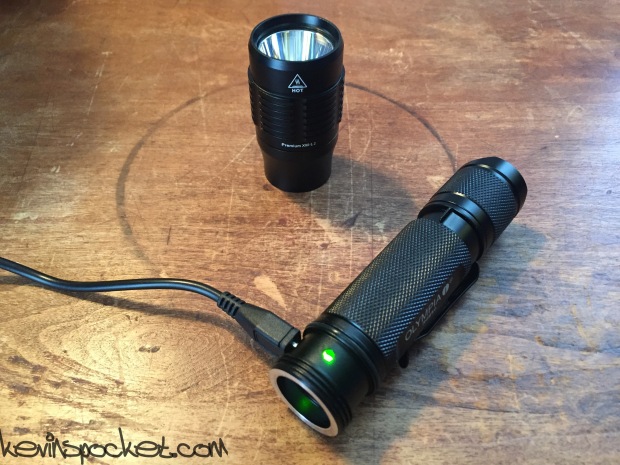 The first time I used the flashlight outside I was pretty impressed with the brightness and range that it provided. I’ve always been a bit old school with camping flashlights and aside from doubling as a weapon, there is nothing that my 4D Maglite has on the RG850. The provided lanyard makes it easy to hang from the top of your tent as well, easily replacing the need of a big bulky lantern. In addition to its powerful beam, the RG850 is waterproof (IPX-8 to 2 meters) and impact resistant up to 1.5 meters; making it an ideal hiking and camping flashlight. The RG850 has 5 settings: 3 brightness levels, as well as strobe and (my favorite) SOS mode!

The Olypia RG850 can be purchased directy from Olympia as well as many other retailers; MSRP is $89.99.

Disclosure: The RG850 LED Flashlight featured in this post was provided for free from Olympia in consideration for review. 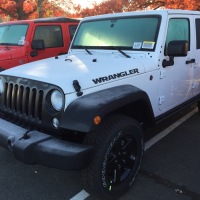 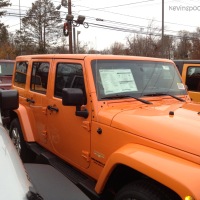