After seeing some pictures on Twitter of what I thought was a re-up of the Arctic Edition Wrangler, I spotted what we now know is an X package for the Sahara Trim level.

From what I can see the package takes some interior queues from the Arctic, but replaces the Yetis with mountain graphics on the seats and grab bar. White trim remains on the steering wheel and vents as well. 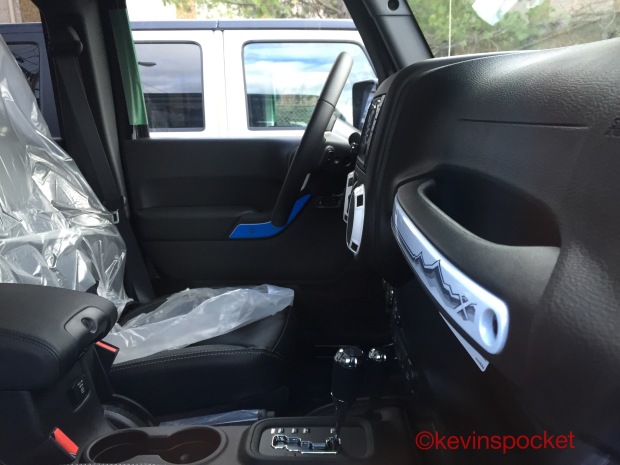 The Sahara X package also includes black grille inserts; I’ve only seen them in black so far, so I’m not sure if these are always black or always body colored.

I’ll keep an eye out for more of these – let me know what you think in the comments!

Not responsible for items left in Kevin's pocket. All material is subject to copyright. kevinspocket.com is not associated with any outdoor gear manufacturer, or any vehicle manufacturer covered on this site. Manufacturer images are used with permission.
%d bloggers like this: